Today, let’s take a look at the Decepticon Common characters from Wave 1.  For the lesser known characters, we’ll take a look at their background in addition to speculating about their in-game mechanics.  I’m sure you folks are familiar with Megatron and Starscream, so we’ll just speculate.

One of the second wave of Insecticon toys (usually known as the Deluxe Insecticons), Barrage and his buddies never really saw much screen or comic time because of some complicated copyright issues.  In the current IDW continuity, Barrage is best known for being a member of Lockdown’s band of marauders and getting punked by Bumblebee. 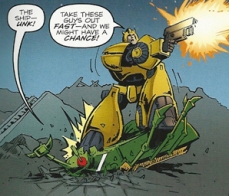 In-Game: As stated above, Barrage hasn’t really been given a ton of screentime.  His never-published Transformers Universe profile indicates that he is able to launch a bunch of explosives while in insect mode, so maybe some sort of AOE-style attack? 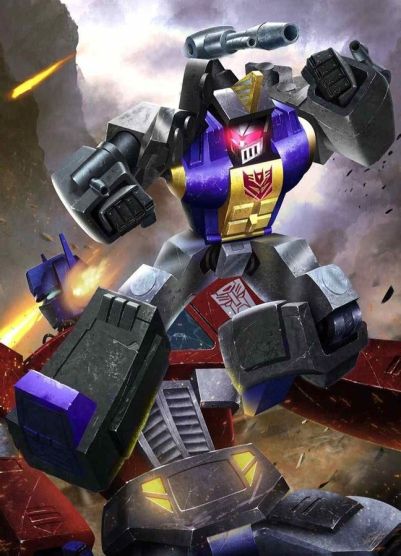 Bombshell has probably received the most attention in various Transformers incarnations out of all of the Insecticons.  He’s usually portrayed as being clever and calculating, using his cerebro-shells to take command of his enemies to sow seeds of discord in their ranks.

In-Game: Bombshell will likely be able to have some degree of control over his opponents, perhaps forcing a character to activate or transform at an inopportune time.

Flamewar is a really surprising character to see in the opening lineup.  Her first appearance was as an exclusive toy at BotCon 2005.  Her personality seemed to be a tongue-in-cheek reference to an early member of the online Transformers fandom (back in the alt.toys.transformers usenet days) who would vocally advocate that the Decepticons were right, the Autobots were wrong, and that Beast Wars was an utter disgrace (thus, causing a bunch of online “flamewars”).

In-Game: I’m at a loss here.  Maybe she’s some sort of inverse character to Arcee?  Her appearances in the Legends games and the profiles for her toys indicate that there is a rivalry between the two. 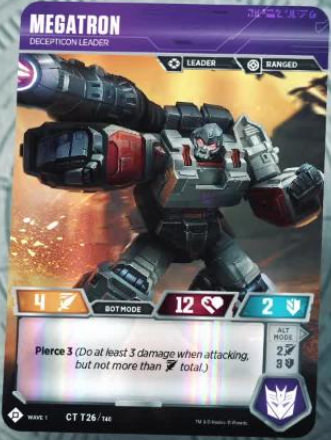 In-Game: Megatron gets two incarnations in the first set (the other being the Rare Megatron, Living Weapon).  Presumably this is a lower cost, more basic version (to complement the basic rules for the starter Autobots). 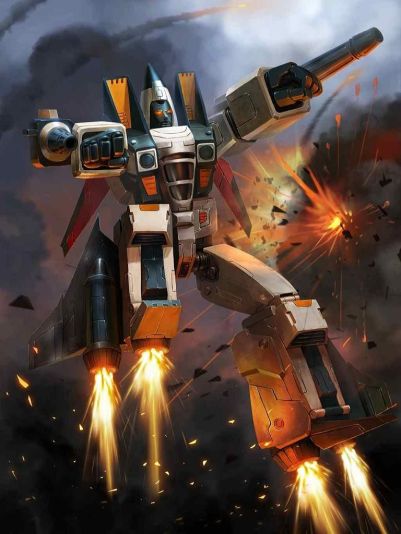 Ramjet was one of the second generation of Decepticon jets, alongside his partners Dirge and Thrust.  He has a fondness for kamikaze attacking his enemies by slamming nose-first into them, hence the name.  He also has a pretty amazing moment in the original cartoon series.

In-Game: Since he’s a Common, Ramjet will probably end up being weaker in comparison to the other jets (Starscream, Thundercracker, Skywarp, and Sun Storm).  There’s the potential for some fun mechanics involving him being a Plane but also potentially having the “melee” characteristic. 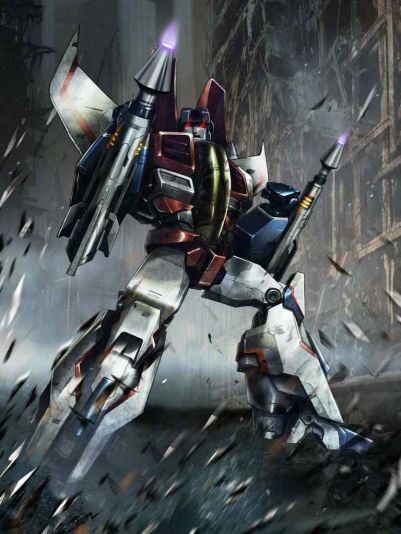 In-Game: With the title of “Scheming Second-in-Command,” it would make sense that this version of Starscream could have the ability to either shunt damage to his teammates or do damage to them in order to boost his own abilities.

If you have any comments or ideas of your own, please comment below!

Next time, we’ll examine the Autobot Uncommons!  Look out for another post soon that goes over the current selection of Transformers comic series, which have been impressive in terms of both storytelling and art!