We are, in a word, behind. Some of us are busy with work, some of us are busy with life, and some of us are busy with resurrecting dead games. Also, it seems as if cards are revealed faster than I can compile them into a Google Doc for us to collaborate on. I think from here on out, we are going to cover the cards that interest us and that we have something to say about those specific cards. It’s easier on everyone, and you might get more commentary out of us. With that being said, here’s our Week 4. Also note, Brian contributed to the article but it was on cards that I was not comfortable on putting into the article yet as they have not appeared on the official Facebook page and album yet. 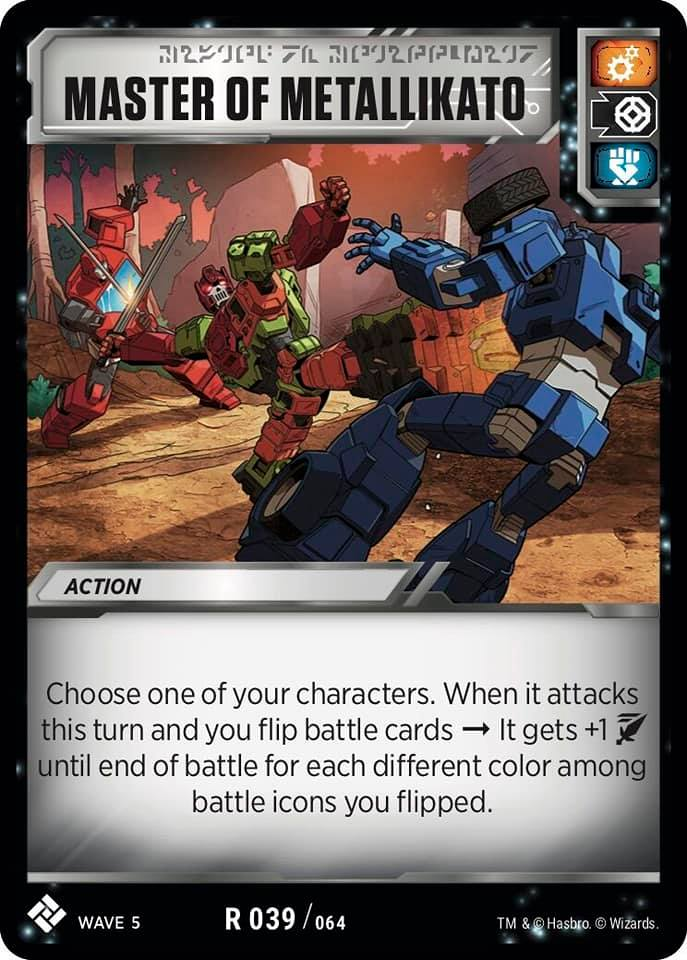 Joe:  I want this for Metroplex’s ability (see also: Blitzwing?).  Will it hurt or help in the long run? We shall see. WotC trying to dance a fine line here by creating more starless O/B cards.

RJ: Like Joe said, this is going straight into Metroplex. It’s somewhat useful in a pinch as a playable card in Metroplex as well, but obviously is in there mainly for the pips. 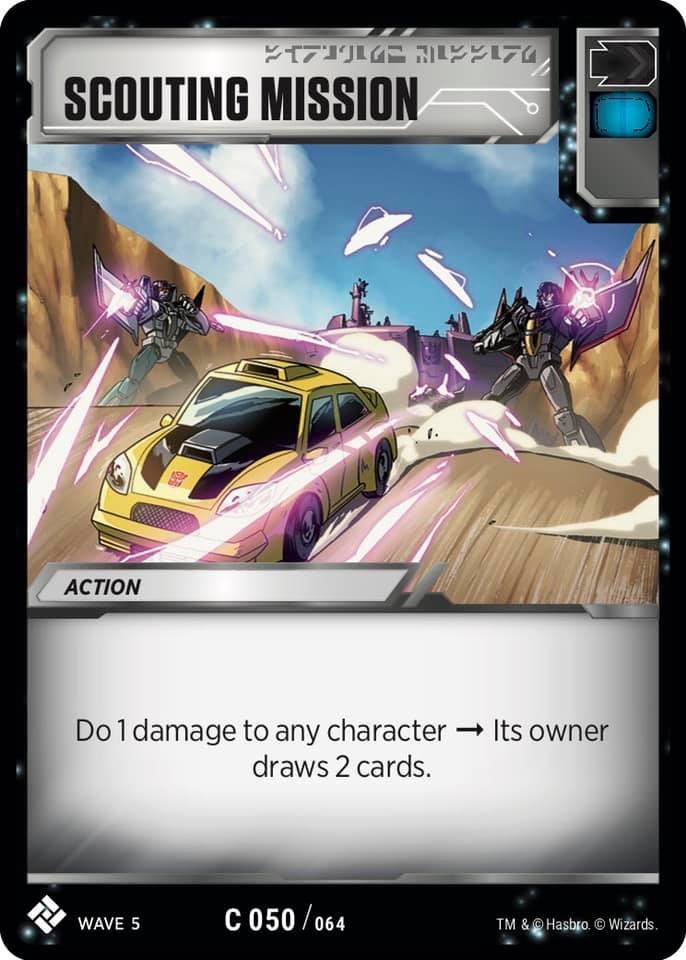 RJ: I think this is one of the better cards revealed thus far, and it’ll be a staple in most of my blue decks. This card enables Energon Axe on yourself and lets you draw two cards, not to mention it’s on color. It also acts as an Underhanded Tactics when you don’t care about your opponent drawing cards (making a KO to end the game, for example). A lot of the blue or orange/black pip cards are powered down versions of other cards, but I think this card is better than Pep Talk.

Joe:  Love this card.  I can think of no less than 99,234 ways to abuse this and I fear that if I start typing here, now, I may never stop.  Ok ok, I’ll do ONE. Play Scouting Mission on Slipstream, Draw Energon Axe. Play Axe on her. Attack and move damage while doing at least Pierce 2. 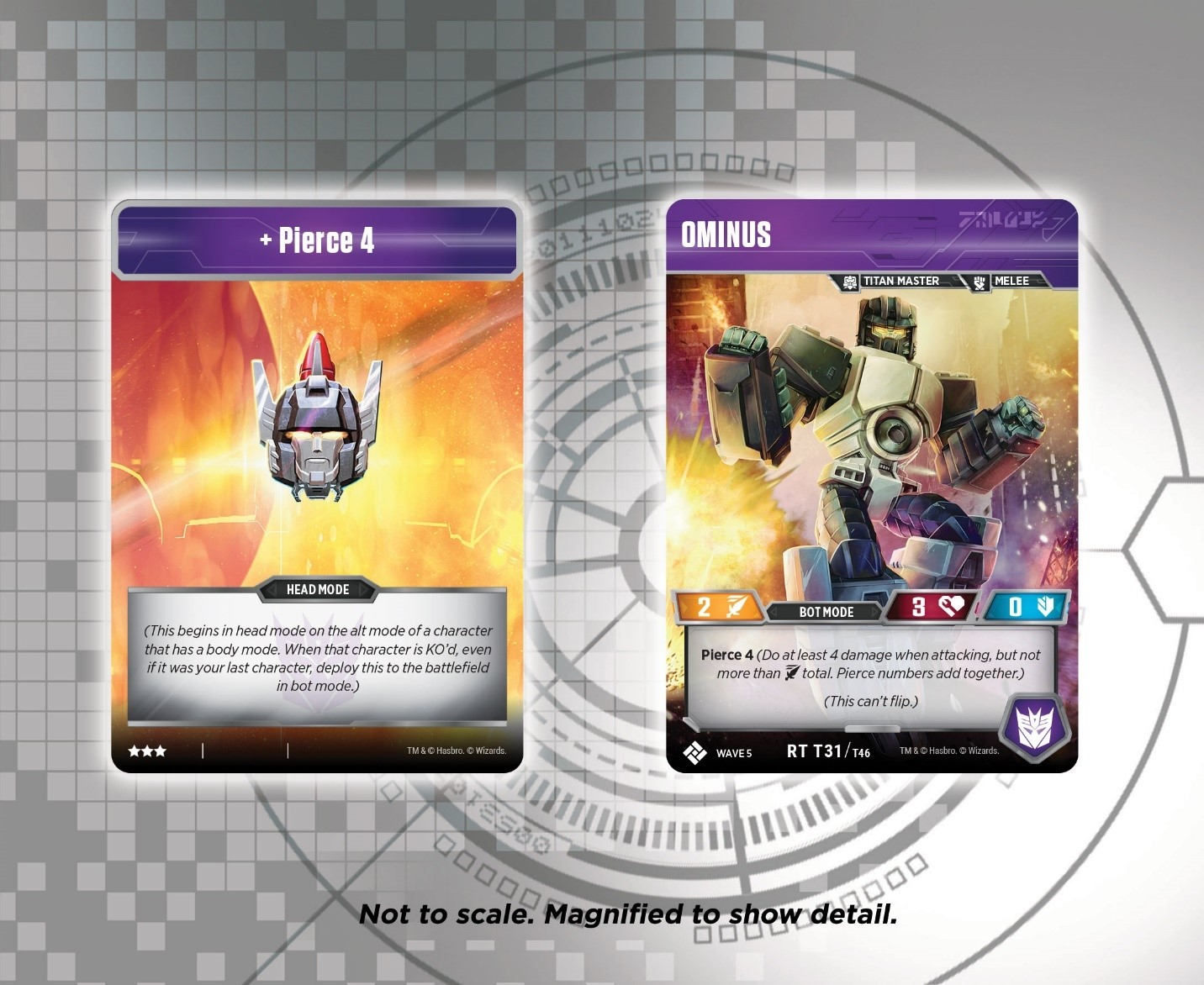 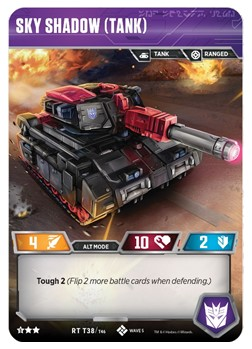 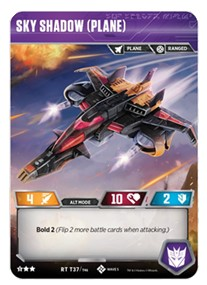 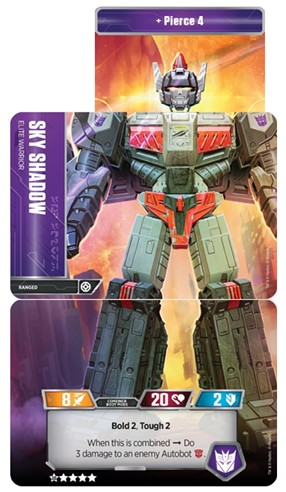 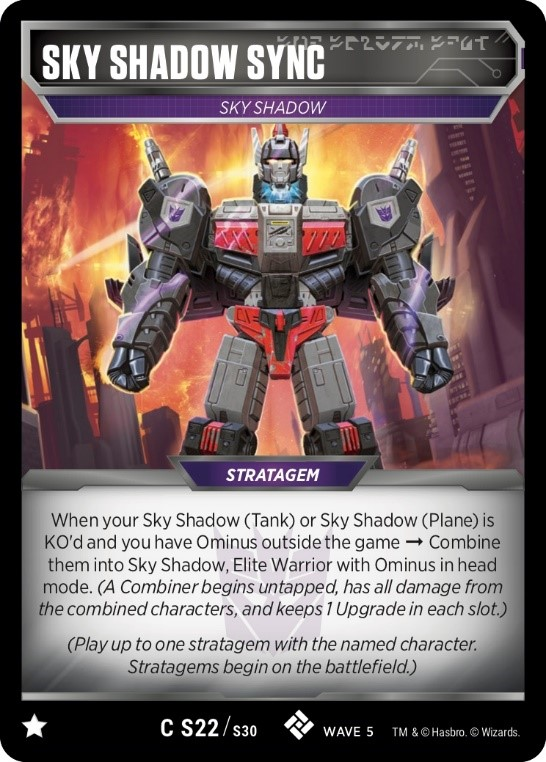 Joe:  That pierce 4 head……so good.  Will Skyshadow push Dreadwing off the map?  The combine ability being restrictive does seem a little sad. That base 8 though….

RJ: Super excited for all of these cards, Sky Shadow seems so good initially. It screams “blue/black” with tough and bold, as well as pierce initially in combiner mode. What’s also really cool as that you can play him with more teammates, so while he’s a 15* (stratagem included) to start off with, you still have an additional 10 stars to play around with! This of course changes slightly if you have to include Ominus’ 3 stars into your team building. 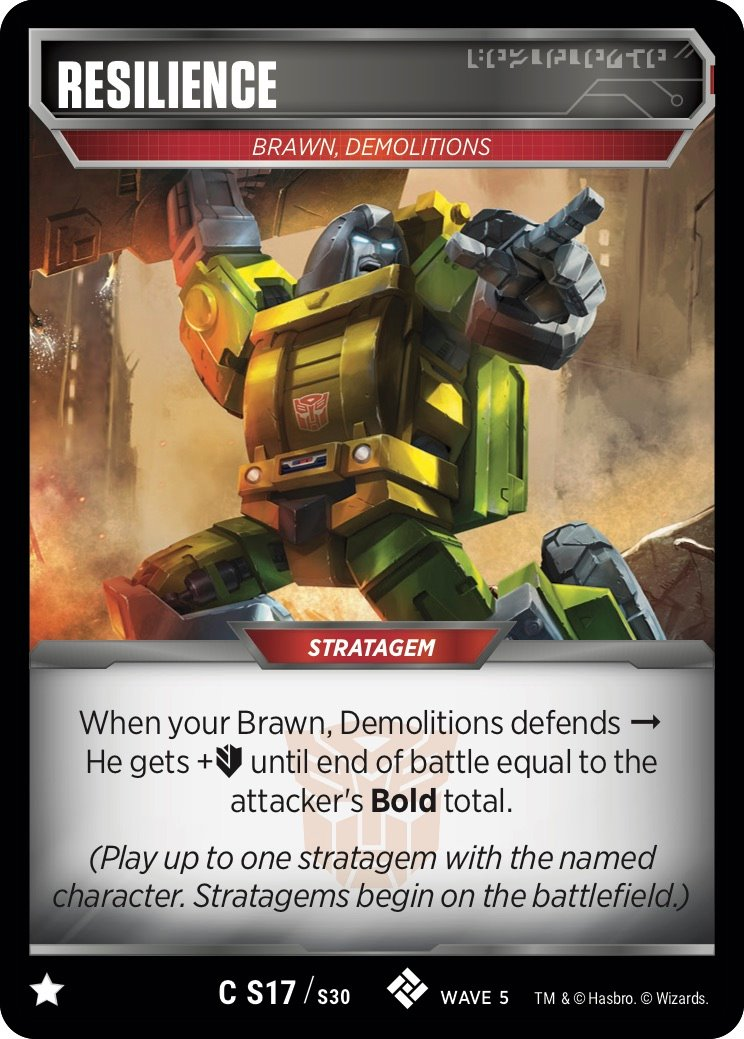 RJ: One word: “finally.” In addition to finally getting Brawn, we get a pretty good Brawn! I believe both sides of his character are useful and usable. In most decks, you are probably running at least four colors to start: one of orange/blue as a primary, black as a secondary attached to your primary, white, and green. With Brawn being five stars, his abilities on both sides are almost always live. Defensively, you can easily picture a scenario where you flip blue, white/green, blue, blue black (this is without any additional armor on); you block 4 (innate 1 armor plus the 3 blues) plus 4 more for the 4 different colors you flipped. Again, this is without any armor. On a 5 star character. Seems good.

His stratagem also seems playable, especially since it doesn’t add to the characters overall star cost. The stratagem essentially cancels out your opponents bold when attacking Brawn which, again, seems good.

Joe:  As I said before, if black pips start getting pushed, Brawn’s 2 zillion defense against blod decks won’t matter.  Stable Cover should be an auto include with him?